Staying in Game Shape: Alan Jones on Life and Music in the Year of Covid-19 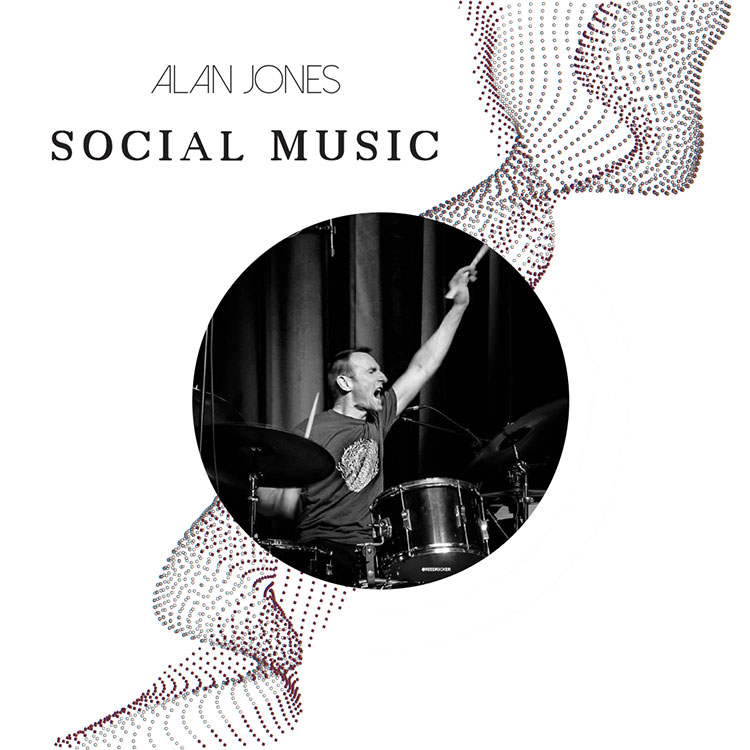 Watching Alan Jones play the drums these days is not all that different from how it used to be. Sure, some things are pretty different: Taking the stage at the 1905 last Monday, Jones was sporting a mask in addition to his signature bare feet, and his quartet performed for a mostly digital audience instead of a packed house of pizza-eating jazz lovers. (Note: Fast-forward to 09:50 in the video to start the performance.) But even through a computer screen, Jones’s fluid but combustible drumming imparts an irresistible electric energy, and his band still offers an exciting spin on post-bop that draws equally from 1950s hard-bop, the 1960s second great Miles Davis quintet, and 1970s Keith Jarrett.

In recent years, Jones’s signature band, the Alan Jones Sextet, has shrunken down into a quartet of Portland’s heaviest hitters; dubbed “Social Music,” the band features Charlie Porter on trumpet, Greg Goebel on piano, and Jon Lakey on bass, and plays a mixture of warped standards and Jones originals. With Porter’s burnished trumpet tone taking the melodies, the band attacks its repertoire with precision, enthusiasm, and humor: At one point during the 1905 show, Jones even instructed Porter to play trumpet warm-up exercises as the intro to the next tune. “I really wanted to practice writing for a quartet,” Jones says, “...where I wasn’t thinking about the arrangement as much as I was thinking about the song itself.”

While the band once held down a regular gig, that rhythm has been severely disrupted by the pandemic. Social Music hadn’t performed together in almost a year, and reuniting was not without its hurdles. “We all realized how out of shape we were,” Jones says, describing the lack of regular gigs these days as detrimental to staying in what he calls “game shape.”

“You can practice forever, but it’s just not the same kind of endurance and comfort level that is required to not think about certain parts of the technical duties that you have and just let the music improvise. And that’s game shape, when you’re not really fighting with any technical issue.”

But if Jones isn’t onstage as much as he’d like, he’s been as busy as ever, producing records for several artists and working on an album of original ballads called You Took Me Home that was recorded in France before the pandemic. “They’re all songs that won’t offend your grandparents when they’re eating dinner. I tend to make things that are more hard to listen to, so I wanted to just have something that was kind of quiet,” Jones says of the project. “But it’s a really personal record. It’s about the experience of finding those parts of yourself that are what you consider your own home, whether that’s an actual physical home or the views you hold and the values that you have that you feel truly represent you, and what sorts of experiences and people represent those aspects of you that you would call absolutely home.”

Jones has also been busy maintaining a large collection of private students through his music school, AJAM, which has been one of the most important developing grounds for Portland musicians over the last decade. The physical AJAM rehearsal space has mostly sat empty, but ensembles are slowly starting to show interest in distanced, masked rehearsals. And Jones has slowly started working on an online platform to offer recorded lessons to an expanded audience. It has been a difficult year, Jones says, but in some ways, the shift to outdoor life during the summer of 2020 offered some refreshing new opportunities. “It would be wrong to say I’ve been enjoying it, but I prefer living like this in general, doing things outside for example,” he says. “I’d much rather do everything outside, and the more excuse to do that, the better.”

Even though he hasn’t been working regularly with AJAM ensembles, Jones’s band has incorporated exercises developed for his students into their set, including a brisk 5/4 rendition of Victor Feldman’s “Joshua.” When I bring this up, he laughs. “Those were the songs that were too hard to play,” he says.

Despite the shifts in his priorities and routines, it remains an utter joy to watch Alan Jones play the drums, live, with an always-great band. “I am positive for myself that it’s essential to keep playing live,” he says. And it’s essential, too, for Portland audiences to keep getting to hear it.

Watch Alan Jones and Social Music Live at the 1905!

(Note: Fast-forward to 09:50 in the video to start the performance.)