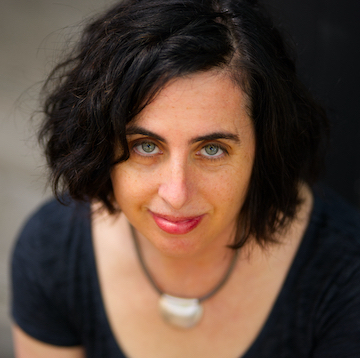 PJCE, the imprint run by the braintrust behind the Portland Jazz Composers Ensemble, is closing out 2022 with authority. The label has three releases on deck that do an impressive job reflecting the varied and vibrant jazz community within our city.

Released this past Friday, September 30, Amazing Life is a rare studio collaboration between pianist Ezra Weiss, drummer Tim DuRoche, and bassist Jon Shaw. Though Weiss and DuRoche have been friends for years, their musical paths didn't often connect as the latter tends to work in the worlds of free and avant jazz while the former sticks in a much more traditional lane. But as noted in the press release for this record, DuRoche had a dream vision of recording a piano trio record with his friend in the vein of Amaryllis, a spare and angular 2000 release by Marilyn Crispell, Paul Motian, and Gary Peacock that fluidly mixed improvised pieces with composed work. Amazing Life follows suit with five pieces that hover in the air like a fine mist. The emphasis is on cymbal splashes and a dusting of notes teased out from the piano. Balancing these approaches is Shaw, the Blue Cranes member who has performed with both DuRoche and Weiss frequently over the years. He provides the perfect rubbery partition for his two cohorts to bounce off merrily. If you'd like to experience this music live, an album release show for Amazing Life is taking place tonight, October 4, at The Old Church. More details here.

It has somehow been eight years since pianist Kerry Politzer has recorded a collection of her original tunes, which only makes the arrival of In A Heartbeat (out on October 21) that much more exciting. Like so much of the music being released of late, this new album was inspired primarily by the upheavals of the last three years with Politzer writing a number of pieces that wrestle with the anxiety of the pandemic's earliest days, say goodbye to beloved family members, and take pleasure in the joy of playing music with friends and loved ones. It is, then, an inspiringly eclectic release. "3 A.M." swivels away on samba beat and an ebullient flute melody played by Joe Manis while "Lullaby for Messiaen" is appropriately brash as Politzer's jagged solo cuts through the center of the song like a jigsaw. The album lands softly at the conclusion with "Goodbye," a poignant statement Politzer wrote for her aunt that oscillates between moments of rippling ardor and stillness.

Closing out PJCE's release calendar for 2022 is King's Dream, a collection of piano solos from Politzer's husband George Colligan. Much In A Heartbeat (on which he plays drums), Colligan's album was written and recorded during the pandemic, reacting to the explosive changes happening around us all. As he says in the press notes for this album (out on November 11), "It was and still is such an unusual time. Who knows what tomorrow brings?" That question may be the driving force behind the urgency and beauty that Colligan plays with throughout King's Dream. In his dazzling solos, he seems determined to stay in the moment, while using his compositional skills to reflect on the people and experiences that have brought him to Heavywood Studio, Randy Porter's recording house in Lake Oswego, and make us of the studio's Steinway Concert Grand. On "Daddy Go Bye Bye" and "Blues For Dwayne Burno," Colligan looks back at the deaths of his father and a bassist who both left indelible marks on the pianist's life and work, while the title track, inspired by MLK's inspirational Lincoln Memorial speech, looks to charge ahead toward a hopeful future of reconciliation and harmony.