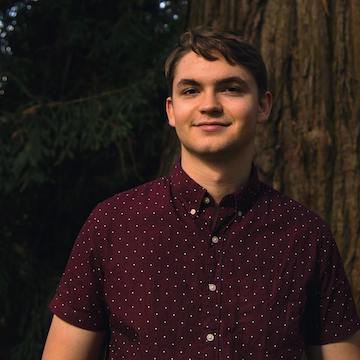 The dull reality that independent jazz artists have to face these days is that, without the help of a record label, to make a proper recording of their music, they’ll have to foot the bill themselves. Grant money is out there, but it’s often not easy to get. As such, many of these musicians are relying on the largesse of fans and arts supporters via crowdfunding sites like Patreon and GoFundMe.

That’s the situation pianist Dylan Hayes finds himself in as he gears up to enter Dead Aunt Thelma’s, a studio in Portland’s Sellwood neighborhood, to record Lotus, an EP of soul-inflected jazz. He has the players lined up — bassist Sam Arnold, drummer Machado Mijiga, vocalist Sarah Clarke, and others — and recording engineer Sacha Müller is going to help roll tape on these sessions. What he needs is $3,000 to pay for it all, which he’s hoping to collect via a GoFundMe campaign he began last week.

“I want to pay the musicians what they deserve,” Hayes said recently. “However much they’re worth. I want to feature a trumpet player, Noah Simpson, if I can afford it, and I had other ideas like bringing in some people from Seattle. It’s all a matter of how much money I get.”

Reaching out with his digital cap in hand isn’t a terribly comfortable place for Hayes to be in, but it does feel like the appropriate next step for an artist that has been building a repertoire of originals and a faction of regular collaborators since arriving in Oregon in 2020.

Before that, Hayes had been working on his skill set as a performer, writer, and improviser during his time at Cornish College of the Arts where he graduated in 2019. He set down some solid roots in the Seattle scene as he went. Hayes became a key member of a number of projects, including Vela, a Latin jazz trio fronted by vocalist Serena Albero, and the soul-jazz group Meridian Odyssey, as well as taking over as director of the Jim Knapp Orchestra, a 13-piece ensemble that performs its namesake’s arrangements and compositions.

Hayes’ biggest successes came via his own group, Dylan Hayes Electric Band. The quartet, which continues to perform regularly in Seattle, released Songs For Rooms and People, a slick collection of fusion funk written in tribute to rehearsal spaces and key mentors. It was named one of the best jazz releases of 2020 by Seattle Times. The accolade was bittersweet as Hayes lost all his gigs due to the pandemic and was forced to relocate to Lake Oswego — the stomping grounds of his partner, Ellie — when Seattle became too expensive.

Luckily, Hayes already had an entré into the Portland jazz scene. Saxophonist Nicole McCabe was an old high school friend and inserted Hayes into a group chat that included many local players. “She introduced me to Machado and Sam, [drummer] Chris Brown,” Hayes said. “Pretty much everyone in the music community.”

Now that Hayes is feeling more settled here in the Portland area with time to perform and write, he’s started to develop new creative muscles, including penning all the lyrics for the songs on Lotus.

“It’s something very new to me,” he said. “It was definitely challenging because I never do it. But something like ‘Song For E,’” a track set for his new EP, “I just sat down at the piano and started singing and coming up with those lyrics on the spot. I remember the day I wrote it, Ellie was having a bad day and when she heard it, it completely brightened things up.”

If all goes according to plan, Lotus will help Hayes honor a pair of milestones. The EP will be dedicated to Ellie in honor of their six years together as a couple. And Hayes plans on celebrating its release with a gig at The 1905 of June 4 — his birthday. The only concern at this point is the potential of not hitting his fundraising goal.

“I feel like it’d not be the nicest thing to do to cancel those sessions for the three musicians,” said Hayes. “If I don’t make it, I’ll just have to keep pushing and dig into my savings account.”