In Memory of Dave Frishberg

Note: This article is being published in memory of Dave Frishberg who recently passed. This appeared in the Jazz Society of Oregon's JazzScene magazine in 2007. 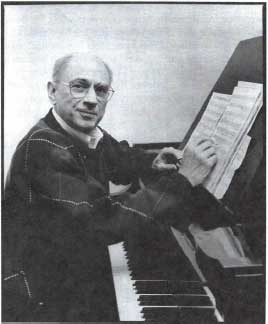 This summer, Portland resident and JSO Hall of fame member Dave Frishberg traveled to New York to be inducted into the ASCAP Jazz Wall of Fame along with Louie Bellson and Terry Gibbs. It's an appropriate honor for the four-time Grammy nominee who has written dozens of clever songs in the American Songbook style, some of them recorded by the likes of Tony Bennett, Blossom Dearie and Diana Krall.

Honors like that make Frishberg Portland's most famous resident vocalist, but he rarely performs his literate vocal tunes in the city where he has lived since 1986. Though he travels to London, Los Angeles or New York for his solo shows, in his hometown, he works primarily as a pianist with other instrumentalists and singers such as Rebecca Kilgore - they have a new CD coming out soon (Why Face the Feeling- the Songs of Frank Laesser) - and Nancy King.

We talked with Frishberg recently about the joys of working as a sideman, the craft of songwriting, and some of the tunes on his current album, Retromania.

I Want to Be a Sideman

Even though I've been here for 22 years, I have to defend myself in Portland against people who are really upset that I'm not singing on my local jobs. They think it's some kind of stubborn thing, but I have to watch out for my own career.

I knew I had to make up my mind not to sing on gigs in Portland. You start singing your songs in your hometown, and people get tired of it awful quick. And when I do sing here, I want it to be an event so that people will want to come. So I've had to make a policy that in Portland I get to be a piano player. Because everyplace else, I'm singing, and I miss piano playing.

When I came to PDX, it became a much more solitary life for me. I was no longer a nightclub player. After I started doing this singing thing, the whole character of my employment changed. I became a presenter of songs all of a sudden. I had to keep myself in condition to sing all the time and to present shows and memorize lyrics, and it was a whole different thing than I'd been doing up to then. It used to be that my whole life was the joy of taking choruses on jazz songs. I still get that kind of satisfaction out of it. But I don't have to be playing strictly jazz anymore to get that kind of thrill.

What I really enjoy now is playing for singers like Becky Kilgore and Nancy King. I love being an accompanist. And I love being an accompanist in a jazz combo and in a rhythm section. Not that I'm the essential discrete accompanist - not at all. I use my accompanist's chair as a bully pulpit. And it is a powerful chair to hold. I enjoy using it to control the singer, or influence the singer. I love playing for Becky because she is one of those rare singers who reacts to her accompaniment. I feel I can steer her around. And she can steer me around. And we're free -it becomes jazz from that point of view. And of course Nancy King, whatever she touches turns to jazz. The two of them sing like musicians play- they listen to what's happening and they respond to it. And that's the joy of ensemble music. I love it. It's what makes solo playing so lonesome sometimes.

The main reason I became a professional musician was because I enjoyed the company of other musicians so much, and I wanted to be part of that little select elite crowd that I knew as a kid as jazz musicians. To me, they were the hippest people around and I just loved being with them. Even in St. Paµl - that's where I first decided I wanted to associate with this whole scene for the rest of my life. So it was a great thrill to be in New York; I was there for 15 years. Got to play with just about everybody I ever dreamed of playing with and a lot of people I never thought I'd meet.

When I first got to New York, I was playing a lot for singers, a lot of theatrical singers and people who weren't always jazz artists. The music scene in general just opened my ears to all different kinds of composers, and I saw excellence coming at me from all new directions. I discovered Frank Loesser, Leonard Bernstein, and I discovered the essence of the excellence of Cole Porter and Rogers and Hart, and then I began to go for the lyric writers - I liked Yip Harburg, Mercer-I became aware of craftsmanship, and that's what drew me to trying to do it myself.

I have to have an assignment of some sort, even if it's self-imposed or self-imagined, otherwise I don't write. I'm not a compulsive writer. When I just started in NY, I would write all the time. I'd carry paper and pencil and write on the subway, or when driving on New Jersey turnpike, I'd be writing in my head. But that stuff just isn't there anymore; my mind doesn't work that way anymore. And it's terrible drudgery! It's still drudgery. It's like chopping wood for me to write.

It's been a long time since I enjoyed doing it. And I work the best when I'm pressed for time and when I'm under pressure, when I've already committed myself and someone has already paid me for it. I write now out of guilt and fear.

Using the character to help write the lyric 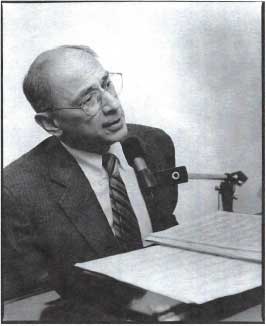 I've gotten better. My very first song was "Peel Me a Grape," and I listen to it with horror now - mixed with excitement and satisfaction that people are still doing it. But I write better than that now.

I really think I did a good job on "You Are There" as a lyric writer, and as a composer I like the one I did for Mary Tyler Moore called "Listen Here." And some of the baseball songs on "Retromania" I'm really quite proud of because it's a different kind of writing- I was writing for characters in a stage show that was never produced. That's what I naturally want to write lately, even though I have no theatrical plans. And it's also a spur to writing and an aid to writing, too, to put yourself deliberately into a character -not myself and not the pop songwriter talking, but trying to get something across by using someone else's sensitivity.

It can be a liberating thing to get away from stale, self-absorbed writing and start to think like somebody else. As a woman, even, which I tried to write for in some of these songs, like "You'd Rather Have the Blues." I try to find situations where I can use the character to help me write the lyric.

I like both "Play Ball" and "Maddy" very much, kind of sentimental baseball songs that are sort of dramatic. "Play Ball" is to be sung on the stage by a bunch of celebrating Rotarians - drunk and a little maudlin about baseball - in the lobby of the Sitton Hotel The song is designed to show how deep and sentimental Americans' feelings for baseball and sports in general were around the turn of the century. In those years, baseball was the subject of sentimental poetry and sports were considered a kind of American sacrament.

Still current - and booed at Birdland

I wrote "The Wheelers and Dealers" with several lyrics, and one had to do with Richard Nixon, because I was really upset with him at the time. But it still sounds like it's current because that element will never go away.

I got booed for "My Country Used to Be." I sing it on nearly every show I do - near the end, after they've learned to trust and love me, then I play it. The only place it got booed was in Birdland in New York. I finished the song, and where I'm accustomed to have people leap to their feet in approval, two guys got up and yelled, "Bullshit!" And then people in the audience started throwing things at them, and the manager had to turn the lights up and they were asked to leave. I was really kind of shaken. It's very rare and it scared the hell out of me. I thought people might not like the song, but I never thought they'd get demonstrative like that.

And it turned out that these were guys I'd just befriended at the bar before I went on. They were two musicians from Chicago, about my age, and we tossed names back and forth, knew a lot of the same people, had some laughs, told a few stories. Well, imagine my surprise when I realized that it was them indeed who were giving me this terrible needle. And I never got asked back to play there. I asked my booking agent, "How come I can't get back in there?" He said, "Ah, that guy, the owner, he didn't like that political stuff."