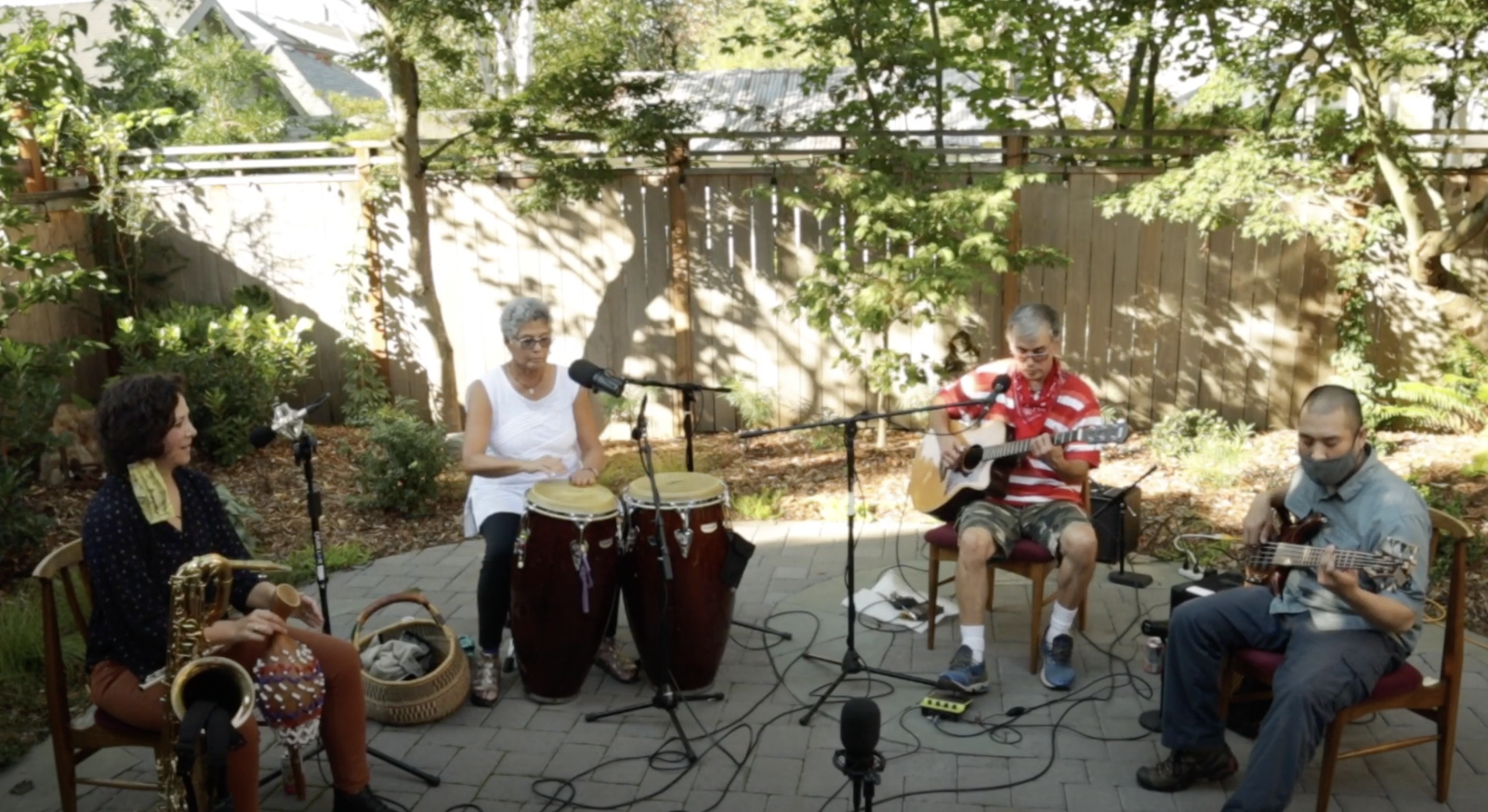 Virginia López and her Melao de Cuba Orchestra have been fixtures of the Portland music scene since 2005. Led by the Havana-born Lopez’s vocals and percussion, the ever-evolving group has employed a rotating cast of musicians to bring traditional son montuno, rumba, traditional Yoruba chants, and more to local venues large and small. And though the band has been active for over 15 years, López is feeling as inspired as ever.

“There's so much to learn,” she says, on the phone with me while enjoying the spring weather in her backyard. She emphasizes that long-time bonds with her collaborators have only made things better.

“These people have been in my life for a long time now. And it’s very important to me to have a connection, a personal connection with people that I play with. Whoever's doing the solo, we are focusing on supporting the person. It’s very sweet.”

Over the years, López has worked with many musicians from the Portland jazz scene—Farnell Newton and Mieke Bruggerman are just two versatile horn players who frequently appear with Melao de Cuba. And recently, López and her group have embarked on an in-depth exploration of traditional Cuban music’s long and fruitful connections with jazz.

“KMHD is my favorite [radio station]—I listen to it whenever I’m in the car.” López says. “Jazz is truly American music. It's the place where all of us, no matter where we come from, are putting our two cents in it.”

Back in November 2020, López, along with Bruggerman, guitarist Ivan Almo, and bassist Chris Nakato, collaborated with the Portland Jazz Composers Ensemble (PJCE) on “Asere, qué bolá,” a relaxed and intimate video shot in Lopez’s backyard. The project features storytelling, performances of Afro-Cuban jazz classics, and an original song composed by Lopez and Almo and commissioned by PJCE. The song is called “Jaleo,” and it is also available on a Live EP that was released on PJCE Records.

“[Jaleo] has many meanings in Spain and other Spanish countries," says López. "And the song ‘Jaleo’ is an infiltration of flamenco, which comes from the Roma people...these original people from the desert of India that migrated out all the way to Europe. And then they were called gypsies. And the same people migrated to places like Bulgaria and Hungary and really influenced their music, incredibly, and then they kept traveling, and ended up in Spain.”

“We play a couple of songs that are classic,” López says. “One is John Coltrane’s, ‘A Love Supreme.’ Well, that song has the same notes as an ancient Afro-Cuban song that was brought over to Cuba. It is very famous in Cuba and Brazil; it praises the Goddess of the River. She also represents abundance and money and beauty. She knows she's beautiful. Her name is Oshun. And the notes for John Coltrane’e ‘A Love Supreme?’ Exactly the same notes.”

Melao de Cuba will take the stage at the Cathedral Park Jazz Festival on July 17, 2021, for one of their first live performances since the pandemic hit. López has designed a set that will explore these intercultural connections, featuring “A Love Supreme,” “Afro Blue,” and the still-fresh PJCE commission “Jaleo.” For López, exploring and presenting the roots and legacy of Cuban music is an exciting way to continue to deepen her own knowledge of her culture.

“I'm still learning so much,” she says. “It's constant because of the language, the oral tradition. So whoever hears something, they change it. Even in Cuba, right across the street, they're doing something different. They're singing the same melody, though. And that's the beauty of the melody. That's why I can recognize ‘A Love Supreme.’”

Cuba is only 90 miles from the United States, but it’s thousands of miles from Portland. Still, López, who has lived in Portland for over 40 years, feels that she and her music have been lovingly embraced by the city she has called home for decades.

“I love it here. I don't have any problem with rain, and the people are warm. It feels like I hardly had any truly bad experiences with humanity,” López says. “I've been here now since 1989. I remember driving, I drove by myself from Michigan, and I screamed, it was so beautiful. I was home.”

Find out more about Melao de Cuba at their website, and see the band live at Cathedral Park Jazz Festival on July 17, 2021 at 5:30pm.