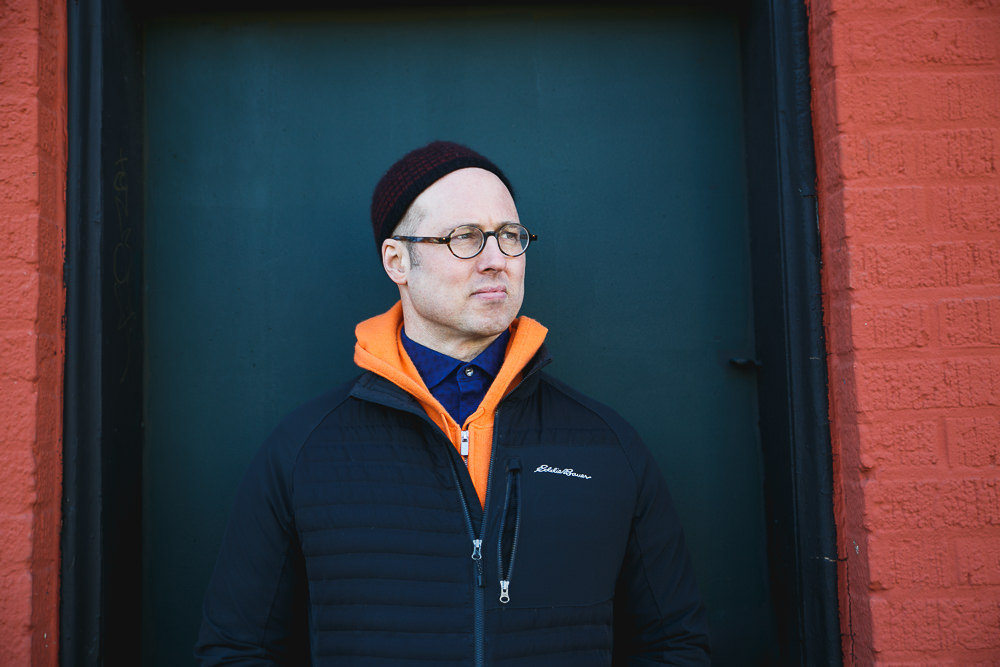 I catch George Colligan on a heavy day. Fewer than 24 hours before our interview, news has broken that Ralph Peterson Jr., the prominent jazz drummer, bandleader and educator, has passed away at only 58 years of age. And while we’re ostensibly on the phone to chat about Colligan’s recent record, Long Term Goals, it feels appropriate to bring up Peterson, whom Colligan knew well, at the beginning of our conversation.

“I’ve been thinking about it a lot,” Colligan says of Peterson’s passing. “I wouldn’t say that we were close friends, but we definitely spent a lot of time together, and he was an inspiration to me even before I met him.”

Colligan tells me of nights spent driving around Baltimore, where he went to music school, listening to a cassette tape of Blue Note Records’ Out of the Blue band, which featured Peterson. It wasn’t much later that the two began playing together, first at private functions in the D.C. area, where Peterson also lived, and later in New York, where Colligan played piano with Peterson’s projects and Peterson played on Colligan’s very first release as a leader, 1996’s Activism.

“I always felt like I could connect with Ralph’s drumming,” Colligan says. “Some drummers play on the back side of the beat, some push, but Ralph is actually dead center with just enough edge that you don’t feel like it’s dragging. He pushes you with the things that he plays. His vocabulary is very interactive. There’s a lot going on, and if you’re not used to drummers like that, it can be weird. But I was like, ‘Man, this is just so much fun.’”

Around the turn of the millennium, Colligan began leading a band with Peterson, saxophonist Gary Thomas, and bassist Drew Gress. Thanks to some nudging of label bosses by Peterson, the Criss Cross label brought the band in to make a record, which became 2002’s Ultimatum. Soon after, Colligan won a pair of grants to compose music inspired by the still-recent 9/11 disaster, and the quartet presented the new repertoire throughout Europe and at several venues in New York. A set at Harlem jazz club Smoke was recorded, but until recently, it had sat on Colligan’s hard drive, gathering digital dust. Since May 2020, audio from the show has been available on Colligan’s Bandcamp page as a live album titled Humanity.

“I just wasn’t sure what to do with it,” Colligan says of the album, “Or whether I would be able to pay the band more money for the recording. But when the pandemic started I was like, maybe they’ll just be cool with me putting it on Bandcamp. I think Ralph was really interested in it for a long time; he was like, ‘Man, you should put that record out!’” 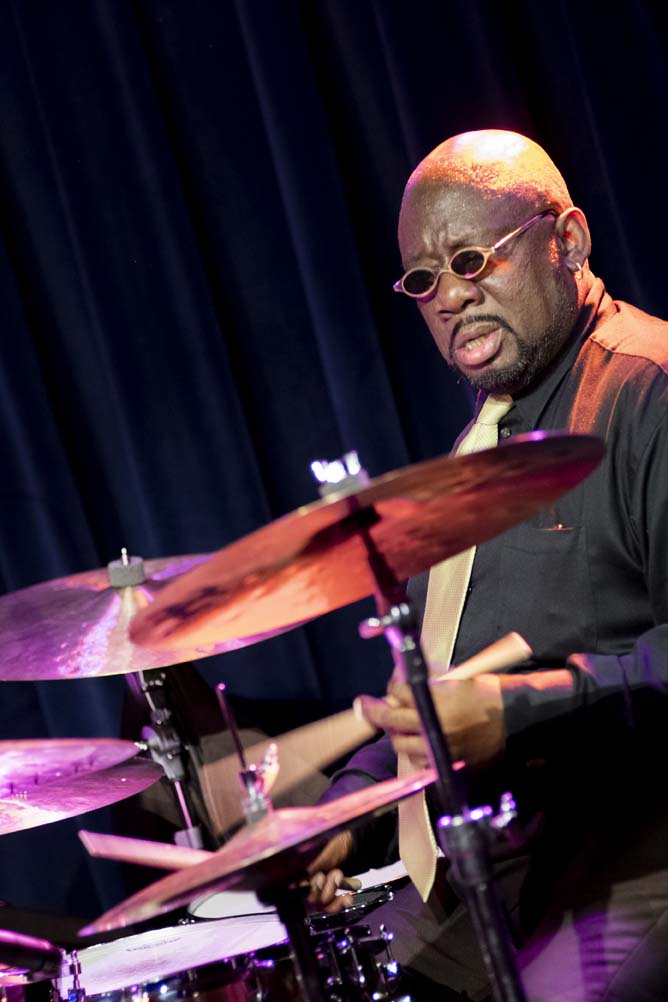 Peterson’s influence can also be felt on Colligan’s other pandemic release, February 2021’s Long Term Goals. Released on PJCE Records, it’s the second album by his pianoless ensemble Theoretical Planets, in which Colligan, most often known as a pianist, plays drums. This is no new gimmick: Colligan, who in pre-pandemic times could often be found sitting in at jam sessions on trumpet, bass, or drums, is an avid multi-instrumentalist who actually came to piano late in life. And he’s quick to point out that this is another connection he shared with Peterson.

“[Peterson] was the type of cat that if you named a recording he could play every solo on every instrument,” says Colligan. “He could play piano, he could play bass, he was a great trumpet player...and definitely I would say my own drumming has been highly influenced by Ralph, because it’s so interactive and it’s so driving.”

Of course, there’s a lot more going on with Long Term Goals than just the influence of Peterson. In recent years, Colligan has been on the road with Jack DeJohnette, and the influence of that other drum legend can be felt heavily in Colligan’s fluid but energetic drumming. While 73 minutes of Colligan on drums might look a bit self-indulgent at first glance, the music speaks for itself; Long Term Goals kicks off with a roaring drum solo and hurtles through a varied collection of uptempo swingers, gloomy ballads, and exploratory free improvisations that are constantly surprising and engaging.

“I feel like I’ve had a lot of exposure to great drumming,” Colligan says. “Doesn’t necessarily make me a great drummer, but at least I have some kind of a perspective on that. And I believe that every jazz musician should have awareness outside of their own instrument. I always say, for example, that everybody needs to know about Charlie Parker. It’s not like in classical music where if you’re a pianist you deal with Chopin and you deal with that specific repertoire. In jazz, we’re all dealing with Charlie Parker, we’re all dealing with Trane, we’re all dealing with Monk. It’s not an instrument thing, it’s music...if you’re only looking at it from the standpoint of, ‘I play this instrument,’ you’re not necessarily going to be able to communicate with the other people you play with.”

The rest of the Theoretical Planets band must share this mindset, because the ensemble is a truly communicative band. At a February 26 live-stream show celebrating the album’s release, each member of the group was isolated in the various booths of Randy Porter’s home studio, but the collective energy was strong despite the barriers. The show was riddled with engaging moments of suspense, where Colligan’s flexible tom rolls spiraled smoothly into Jon Lakey’s sinuous bass tones and saxophonists Nicole McCabe and Joe Manis overlaid long flowing lines on top before snapping back into hard-driving grooves. Some of the band’s music is entirely improvised; Colligan frequently integrates free improvisation into his recording sessions alongside his more formal compositions, but these explorations don’t always make it on the finished album. With this band, however, things were different.

“I was so happy with all the free things we did that I said, ‘We gotta put all of this on the record!’ The spirit of improvisation and the interplay with everybody I really, really, enjoyed,” Colligan says. “This is a group that I really wish could do more in Portland. I feel like some people say, ‘Oh, no chordal instrument,’ and they immediately have a strange reaction. But it really isn’t a new thing. Ornette Coleman was playing with no chords in 1959!”

In addition to Lakey, McCabe, and Manis, the album features guest spots from tenor saxophonist Nicole Glover and trumpeter Noah Simpson (Simpson was also on the live-stream, joined additionally by vocalist Anna Meyer). Colligan is proud of the band’s energy and the fact that every member, with the exception of Manis, is a graduate of PSU, where Colligan teaches (Manis is on faculty). 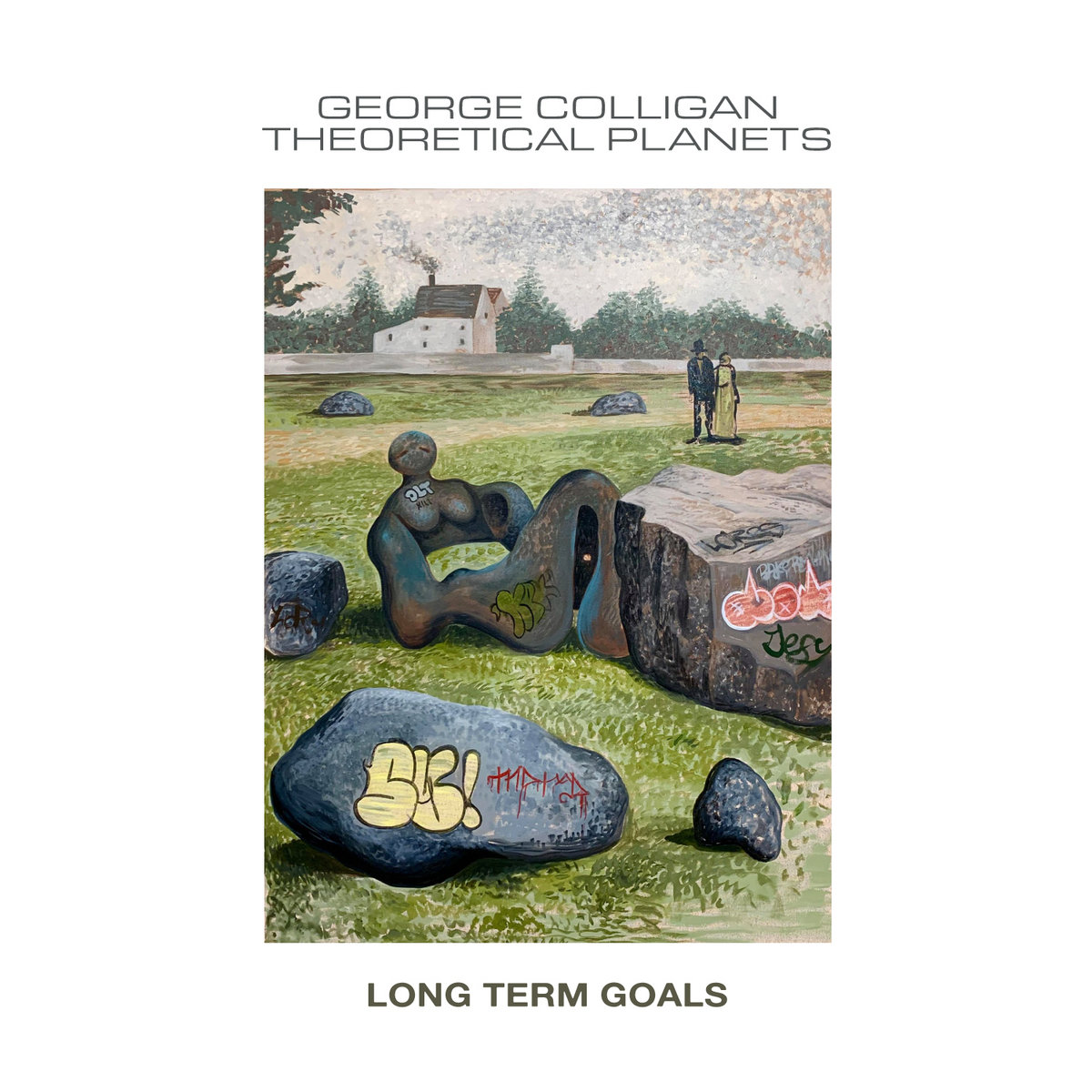 “I’m really proud that I have students and faculty that I can collaborate with,” says Colligan. “And I’m really happy with the fact that I can say, ‘Look: these are students that came to our program and now are professionals on the scene.”

Colligan is still hard at work at Portland State, teaching classes and private lessons online. And while certain aspects of music education have been impossible without in-person instruction, Colligan thinks many of the technological work-arounds are here to stay.

“I’ve found that the students are generally on time, because they don’t have to go anywhere,” he says. “Hopefully at some point we won’t have the restrictions of the pandemic, but we will still have virtual meetings and virtual classes as an option, especially if I were to go on the road for a week and I still wanted to teach classes, or still wanted to give lessons, and I didn’t want to feel like it was just a big zero. Now I think that’s actually cool.”

Our conversation has lasted almost an hour, and Colligan has to cut it off to teach one such Zoom class. Though he’s been staying busy during the pandemic, his life has markedly changed since he started working from home and staying off the road. For Colligan, it’s allowed for some unique self-discovery.

“I miss going somewhere to play with great musicians,” he says. “But I don’t miss the sitting on planes and sitting in airports and looking at my itinerary and saying, ‘Well, I hope I make this flight because it’s only a 45 minute connection in Denver...I have two kids and my wife and we definitely have been getting on each other’s nerves because we’re all just here all the time. However, on the plus side, we get to be together. I really value that.”