Gary Harris on Dancing Through the Pandemic with Soul Vaccination 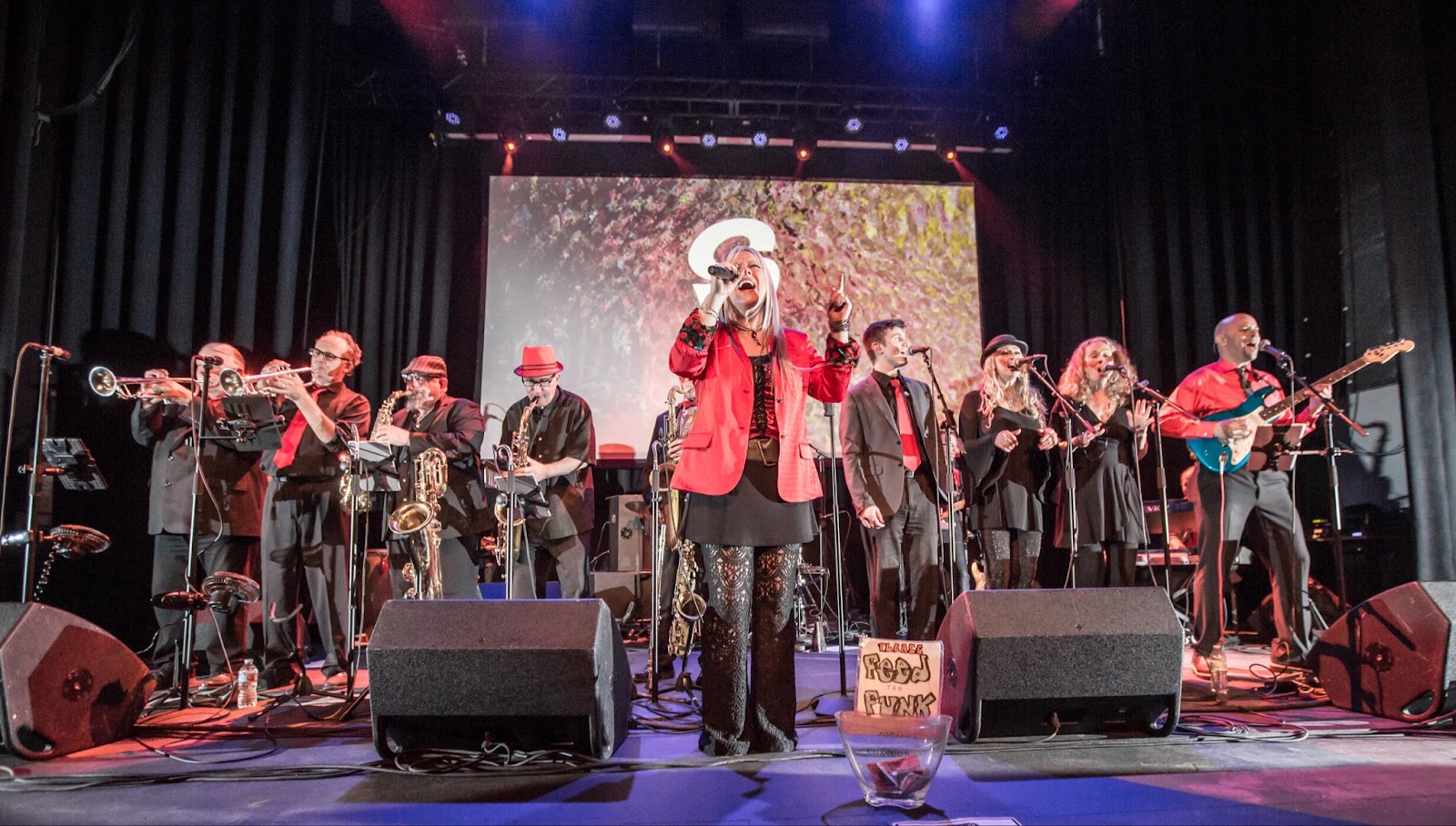 Soul Vaccination is getting back into the groove. Despite its name (borrowed from a classic Tower of Power song), the 12-piece funk band and Portland fixture was hit as hard by the pandemic as anyone else—maybe even particularly so. According to Gary Harris, who currently manages the band and serves as one of its saxophonists, the group has been approaching the last year and a half very carefully.

“Everybody in the band has been pretty paranoid about this thing,” Harris says. “Especially people with breathing problems. And we're in the age group, most of us. I think all 12 of us have the vaccine now, but we haven't all been in the same room together yet.”

For a band like Soul Vaccination, or “Soul Vax,” as they’ve been nicknamed, these circumstances have been particularly debilitating. While the band has undergone a multitude of lineup changes since its inception in the late 1980s, the current iteration has been together for years, building up a reputation as one of Portland’s most consistently compelling live acts. In addition to high-profile venues like the Waterfront Blues Festival, the band spent years headlining Portland’s legendary jazz club Jimmy Mak’s once a month. This popular residency, which sold out consistently, culminated with a New Year’s Eve set four years ago, on the last night the club was open. While the past year and a half were a blow to such a consistently working live band, Harris says the current lineup’s shared history has helped carry them through the pandemic.

“We've had the same people for a long time, a really good bunch of people,” he says. “We've been having Zoom meetings every other week for the last year or so. They give us a chance to check in with each other and hang out a bit, and talk about current projects.”

In fact, Soul Vax has been up to more than just the occasional Zoom meeting. Whereas the band’s last releases were mostly recorded live and comprised many cover songs, Soul Vax has been taking the time afforded by the pandemic to work on original tunes, collaborating remotely and taking turns stopping by guitarist Mike Doolin’s home studio to record individual tracks. The band has several songs in progress, and a couple are completed.

“There hasn't been more than one person in the room at once for the whole time,” Harris says. “The horn section did go over to record the one song that we have done in Mike's backyard, probably in September when the thing was still pretty bad. There’s five of us, so he had us placed six feet apart. It’s a pretty wide backyard!”

The band also decided, early on in the pandemic, to put together a music video for a previously unreleased (and appropriately named) song, “We’re Gonna Make It.” The video, which showcases Mark Wyatt’s lead vocals, also features the rest of the band playing and singing along to the song from living rooms and backyards, wearing fun hats and sunglasses and, in the case of vocalist Regina K, playing with dogs. The track was recorded years ago, and every player had to recreate exactly what they played on the original version to be in sync with the audio track.

“I had to learn my solo, because obviously, we're playing along to the record,” Harris says. “It was funny, having to relearn it from a while ago.” After a year of remote collaboration, the 12 members of Soul Vax are ready to get back onstage together—that is, after they get together to rehearse for the first time in a year and a half. First up is a performance at the Cathedral Park Jazz Festival on July 18. Every Soul Vax show is slightly different, and Harris is looking forward to using this first show back to showcase the wide variety of instrumental talent on display in the band’s five-piece horn and rhythm sections.

“It's really great to have the jazz festival call us up,” says Harris, who also teaches jazz at Clackamas Community College. “It's a sign of respect that there's some players there, if you can play at a jazz festival, so we’ll definitely push it in the listening direction, rather than playing a pure dance gig. We’ll probably feature more people on longer solos, because that's what people like to hear at a jazz festival.”

Harris took over managing the band from trumpeter Dave Mills, who led the band for over a decade while writing all of its horn arrangements. And according to Harris, the band has become a well-oiled machine, an outfit that stayed the course through COVID-19 and seems poised to keep Portland dancing for years to come.

“It's like being handed the keys to a Ferrari,” Harris says of managing the band. “The personnel has been perfected; everybody is so cool. There's like 60 to 80 tunes in the book. Everybody has everything memorized. All the relationships with all the club owners are really good. I've been handed something that's been worked on really hard.”