Today's installment of Better Know a CPJF Artist, Mieke Bruggeman of The Quadraphonnes.

JazzScene: What is your main instrument, or role in your group?

JazzScene: Can you describe your set for those that may not know a lot about jazz or blues music?

MB: It's a whole lot of saxophones (four to be precise) with a rhythm section (CPJazz will be featuring Will Moye on bass, Mike Snyder or drums, and Kathleen Hollingsworth on piano) that's influenced by many genres (New Orleans, funk, pop, and any music that sax players like to geek out on) and
played in a way that you can tap your feet to it!

JazzScene: What inspires you to perform, or compose?

MB: My music community (inspires me). I feel so lucky to be constantly surrounded by musicians that are incredible human beings and amazing musicians. I'm always inspired by that and striving for that next level as a performer and on the rare occasion that I do compose. Mary-Sue Tobin was the inspiration for my piece "What Could Possibly Go Wrong?" when a relaxing manicure turned into chaos. The image of someone trying to patiently paint her nails, while having to take a stressful phone call before our first CD release gig really got the musical ideas flowing!.

JazzScene: How did you end up becoming a professional musician?

MB: I'm still working on it! I definitely got my start in Portland with salsa gigs and thanks to MySpace (of all things). When I first moved up here in 2005, I went to a salsa gig across the street from where I was staying at the time and got to chatting with the trumpet player, Farnell Newton. I was invited to a few rehearsals, which led to a few gigs, and eventually landed me a gig with Melao de Cuba, which I've been playing in and transcribing horn parts for the past twelve years. At about the same time, a mutual friend via MySpace hooked me up with a fellow sax geek in Portland, Chelsea Luker. That led to us starting the Quadraphonnes. I've been miraculously getting various gigs ever since!

JazzScene: Past or present, where have been some of your favorite places to perform in Portland?

JazzScene: Who are some Portland musicians that were a big influence on you as an artist?

MB: Virginia Lopez has been a singular influence on my knowledge of Afro-Cuban music and the Quadraphonnes have really honed in the concept of my bari sound and my improv chops. There are also local bands that influence my concept of how I want to connect with my audience and what kind of vibe I want to create when I'm on stage (i.e. Othership Connection, Dirty Revival and Mel Brown's band come immediately to mind).

JazzScene: If you could wave a magic wand, is there anything about the Portland music scene that you might change?

MB: The OLCC and more venues really need to make allowances for our younger audiences to hear all this great music in town. I could easily double attendance if I could invite my students and their families. Younger audiences would feel more connected with their city's music community and venues would stand a better chance of sticking around for years to come. Win-win for all!

JazzScene: If you had to pick one moment or professional accomplishment for which you are most proud, what would it be?

MB: My work with the Portland Jazz Composers Ensemble as their education and outreach coordinator, as well as a musician has been super fulfilling. As a musician, the PJCE is doing great things to collaborate and showcase some of Portland finest artists across all genres and connecting them with the Portland community at large and I absolutely
love performing the music that is written for us!
In addition to performing with the PJCE regularly, I've been
helping out with the Grasshoppers program, which provides younger students with a real taste of what its like to compose for a professional ensemble through one-on-one mentorship and workshops. This kind of experience is what will help to propel jazz into the future and am very proud of being a part of it!

JazzScene: If you could only listen to three albums for the rest of your life, what would they be? 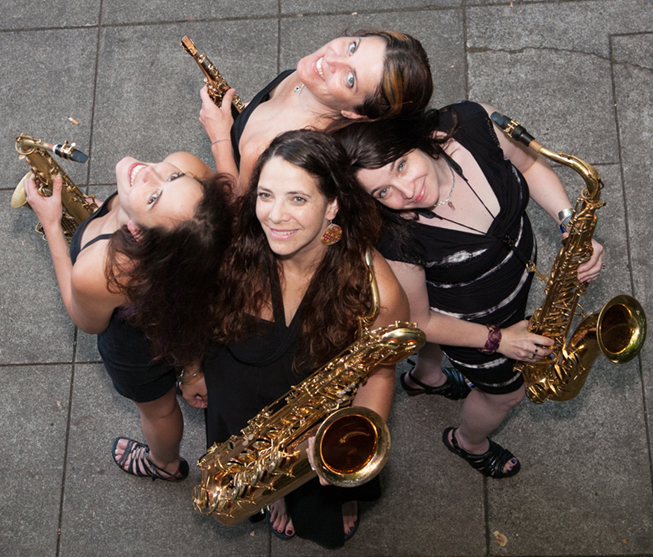