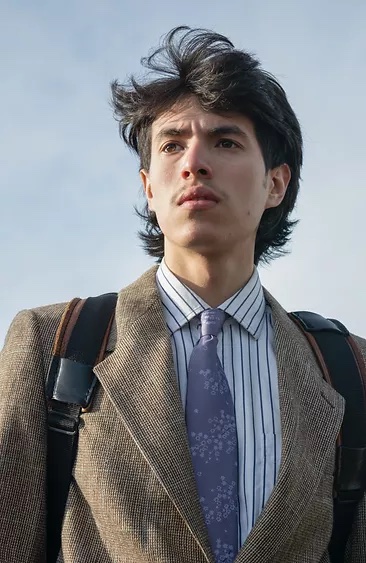 Through the tone of the song titles and the nomadic path that the music follows, Carlos Moreno’s debut album Rescue plays out like the exhausted end of a hero’s journey. It’s an odyssey that the multi-instrumentalist undertook to, as he says in the note accompanying Rescue’s release on Bandcamp, “return to some of [my] non-jazz roots.”

The young musician grew up playing drums with a mind toward joining a punk or metal band, but turned his interests towards jazz in middle school. By doing so, Moreno soon shaved off much of the aggression and volume of his past even within a bop context backing up Nicole McCabe or in pure groove territory playing with his mentor George Colligan’s organ quartet. He plays with restraint and consideration. His judicious use of loud snare hits and rolls have a purpose beyond pure intensity.

On Rescue, Moreno scales back even further while also showing off his varied musical interests and instrumental skills (he plays nearly everything on the album). It opens in misty New Age territory that gives way to a hip-hop groove; “Castaway,” a wonderful downtempo ballad punctuated by Austin Ford’s subdued trumpet solo; and rambling dub-folk.

By the end of the album, Moreno has returned, as the title of the final track says, “Home,” and he’s welcomed back from his travels by a stately piano figure played by Colligan. That turns out to be a prelude to three minutes of psychedelic ecstasy — a heady flashback kept steady by Moreno’s quick brushwork and Colligan’s performance played in reverse.

The disquieting effect of that closing track suggests that returning to one’s stomping ground, even after a long time away, can be a fraught affair. There’s beauty, to be sure, but after experiencing more of the world, the darker, less pleasant aspects of home finally reveal themselves.

For all its strengths, Rescue feels like an incomplete statement. Outside of “Home” and “Castaway,” the music often vanishes just as it's about to hit its peak. Or it could be that Moreno didn’t trust that the material could bear the weight of more experimentation. Yet even in its unfinished sounding form, Rescue still has enough little details and perception-altering moments to suggest that it is merely the first step in Moreno’s ongoing creative campaign.

Robert Ham is a critic and journalist living in Portland. He has contributed to The Oregonian, Willamette Week, Portland Mercury, and Portland Monthly. He has also written for Pitchfork, DownBeat, Bandcamp, and Village Voice.