It's probably safe to say that John Coltrane did not intend for this unreleased session to become his highest-charting record ever. Indeed, there was most likely a reason the tapes were missing until just recently; after all, the saxophone legend was known for his exacting standards and ceaseless work ethic. But here we now are, with seven tracks (plus alternate takes) cracking the Billboard Top 200 as the public hears them for the first time.

The hype is understandable. Both Directions at Once features Trane's "classic quartet"--McCoy Tyner on piano, Jimmy Garrison on bass, and drummer Elvin Jones--and just a year later, the same band would go into the studio to record A Love Supreme, an earth-shattering, hugely influential work of spiritual power-jazz. But the previous year had also seen Coltrane reacting to commercial pressures; this session's immediate predecessors include the tossed-off (but gorgeous) Ballads record and an equally sumptuous collaboration with vocalist Johnny Hartman.

On Both Directions at Once, the quartet doesn't really veer into Ballads territory, but they mostly seem content to simmer rather than explode. That's not for lack of trying on Elvin Jones's part: his playing is littered with the rumbling undercurrent of snare drum chatter that would cement him in the pantheon, and he undeniably propels the record's compelling buoyancy. This is especially true on a version of the classic tune "Nature Boy" that seems very similar to Coltrane's own "Equinox." The "untitled originals," meanwhile, are both medium-tempo swingers that showcase snaking, well-built solos by Coltrane and Tyner and lively playing from both Jones and the always-slightly-underrated Garrison. Also included are a sunny adaptation of a Franz Lehar song, early versions of Coltrane's signature tunes "Impressions" and "One Up, One Down," and the eleven-minute, self-explanatory "Slow Blues." Tyner's thunderous left-hand feels weirdly absent from the session, and he barely comps at all on both "Nature Boy" and "Impressions." It feels like he is still working out the bomb-dropping style he would employ on the band's notorious live records.

But this is a Coltrane record, and his playing is the engine that keeps the whole affair running. On "Impressions," his solo is a waterfall of ghosted notes, catchy melodic fragments, and waves of sound. On "Slow Blues," which some have named the album's centerpiece, he improvises from the outset, carefully constructing a series of yearning but measured ideas that unfold gradually over five and a half suspenseful minutes. After Tyner's tasteful solo, Trane is back, fire burning in his belly, twisting a simple pentatonic scale into a maelstrom of energy. This session may not leap into the canon of essential Coltrane, but it certainly furthers the argument that Coltrane, for any devotee of jazz, is essential. 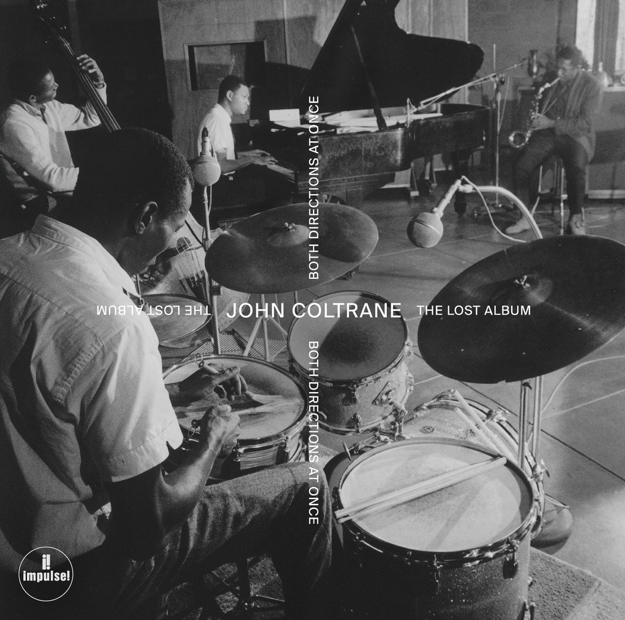